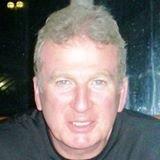 Anatomy of a Business Failure

The aftermath - Palmer & Harvey McLane failure and the impact on creditors PWC recently published their statement of affairs for Palmer & Harvey, which revealed six debtor companies, with a total of £384,218,439.65, owed to 689 unsecured creditors. The largest of which, was Palmer & Harvey McLane Limited with debts to unsecured creditors of £353,045,000; dividend prospects for all except 3 of the 689 creditors are negligible.
The top 5 trade creditors are shown in the table below, and HMRC are owed over £26,000,000. A further 21 creditors were owed between 1 million and 5 million, and another 110 owed between 100K and 1 million.

IMPERIAL TABACCO LTD                          118,540,079
GALLAGHER LTD                                     89,472,252
BAT (UK & EXPORT) LTD                          28,473,702
PHILIP MORRIS LTD                                 19,935,187
COCA COLA EUROPEAN PARTNERS           13,449,552
According to ABI, trade credit insurers continued to support suppliers and provided an estimated £100 million worth of cover for firms supplying to Palmer and Harvey; the uninsured trade creditors will be left with nothing. And, of course, 2,500 employees have already lost their jobs. PWC describe the reason for the failure as being attributable to “poor financial results, along with cash management challenges”, they go on to say, “despite lengthy and constructive negotiations with stakeholders, efforts to restructure the group and mitigate the significant cash flow pressures ultimately proved unsuccessful.”
Greg Connell, Managing Director of InfolinkGazette commented, “it is easy with hindsight to claim that such a negative outcome for creditors was predictable, so at InfolinkGazette, we’ve prepared an analysis of what Palmer & Harvey creditors could have known about the financial stability of the group, prior to failure” Greg added, “as a footnote, we went on to look at what only came to light after the business failed.”
Known Risk Factors before the business failed:
Commenting on the information available from the accounts, Greg Connell, Managing Director of InfolinkGazette, said, “the dismal financial position portrayed in the 2016 financial statement would have been revealed in October 2016, and all 7 warning signs were evident when the 2015 accounts were published in September 2016.” Greg added, “what creditors could not have known then, was that it was the company’s intention to re-state the 2016 accounts, audited by KPMG, when the 2017 accounts were presented.”
PWC revealed a significant number of material misstatements in the 2016 accounts, which would have increased the 2016 pre-tax loss from (£16,400,000), to (£28,500,000).
The misstatements included: Incorrect capitalisation of cost; incorrect accounting for royalty payments/stock valuation; and, incorrect recognition of supplier income.
The other crucial piece of information creditors couldn’t have been aware of, was that the company’s losses had increased to £63,800,000 in the 53 weeks to 8 th April 2017.
Greg Connell commented, “leaving aside the fact that the directors and shareholder of P&H have a lot to answer for, this business failure is a powerful lesson in the importance of Credit Insurance”. He added, “if credit insurance isn’t available on one of your clients, there is normally a very good reason why not and you might want to review the information available on your customer before continuing to supply on open credit terms.”
If any reader would like a free digitised copy of the unsecured creditors list, email Greg Connell at greg@connelldata.co.uk.
Copyright © 2018 Credit Insurance News. All rights reserved.
All news stories on Credit Insurance News' website are included with the prior permission of the copyright holder. Reproduction or redistribution in whole or in part, in any manner, without the express prior written consent of the copyright holder, is a violation of copyright law. If you, or your organisation wish to redistribute, republish or link-to all or any part of any Credit Insurance News Digest, you must first contact the copyright holder direct or email sally.brown@creditinsurancenews.co.uk for further information.