A true “Year of the Dog”
by Will Clark, Head of Trade Credit at Canopius
Students of the Chinese Zodiac will know that 2018 is the Year of the Dog, symbolising coming wealth and action. Certainly, there are positive signs on the global economic horizon but there are also challenges, with the world seemingly an increasingly paradoxical place.Outcomes are less predictable than they once were, with the positive and negative, fortune and poverty, action and helplessness all co-existing in the same bubble. Consider Korea; while North and South governments impose stringent sanctions on one another, they are also supporting athletes from both countries in parading together at the South Korean Winter Olympics under a unified flag. The general economic convention that says low interest rates lead to high inflation was stood on its head some time ago. Brexit too is rife with constantly reported challenges and paradoxes too numerous to mention.
The Year of the Dog could just as easily be the Year of Paradox, where conflict and the contradictory co- exist and we adjust to accept abnormality as normality. That this is happening globally is extraordinary.
“The economy, stupid” Bill Clinton  This paradox is perhaps nowhere more prevalent than in economics and politics. A stable political environment, once thought important for economic growth, is at odds with expert predictions for 2018, which strongly indicate otherwise. 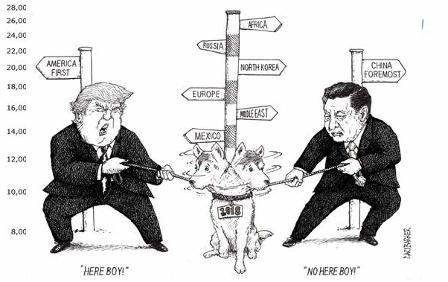 World GDP numbers certainly suggest 2018 is likely to live up to being the Year of the Dog in economic terms, with the World Bank expecting a 3.1% out-turn. Other economists are more bullish, predicting 3.5 to 4% stimulated by a number of factors. Banking and finance markets are becoming more ambitious a decade after the financial crisis, buoyed by rebuilt balance sheets, benign economic data, and new entrants. Quantitative easing measures introduced by governments to protect banks and broader economies during the crisis are being scaled back, which suggests increased confidence in the financial system and broader economy. Inflation rates globally are at the lower end of historical averages and interest rates are similarly so.
Powerhouse economies such as the US and China follow two different paths but both help stimulate economic growth internationally. One of the economies is following radical new fiscal measures aimed at providing steroids to its economy while the other is legislating for greater levels of free market involvement, insight, and even transparency within its economic system. It seems strange that the former is the US and the latter is China. Following both countries’ fortunes over the next 12 months will be as important and perhaps as interesting as it ever has been. Equity markets are reaching heady heights as illustrated by the Dow Jones index over the last 10 years. The impact of the financial crash is clearly seen in the graph below but perhaps more remarkable is the level of growth since 2009. 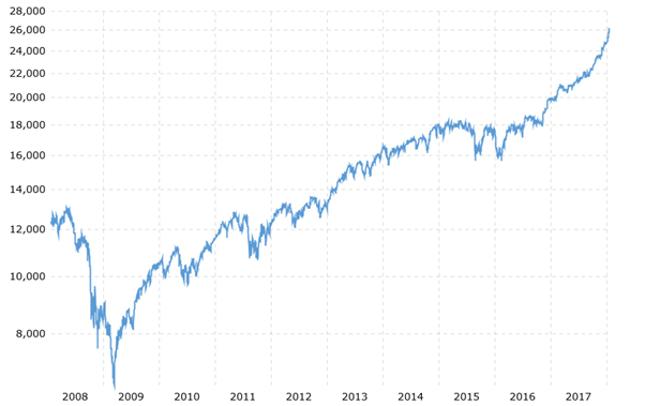 This surplus of capital driven by low interest rates and investors seeking yield dominates the investment landscape and looking at our own industry we have been a beneficiary (new firms and increased capacity) and also seen a consequence (low pricing).
Predictions in 2017 expected economies to show some signs of duress and markets to fall back. Instead most indices had roared to new heights by 31 December. Predictions are somewhat different this year, with Goldman Sachs entitling its 2018 outlook report As Good As It Gets. While experts differ in quantitative terms most agree in qualitative terms that 2018 will be a good year in economic terms.

“I have come to the conclusion that politics are too serious a matter to be left to the politicians.”
Charles de Gaulle

One fly in the ointment for continued world prosperity seems to be the political arena. The world is still trying to come to grips with a new and evolving political landscape where the conventions of the world order established since WW2 are being rewritten. Emerging markets continue to grow with China, India, Brazil and Russia all expected to maintain their inexorable rise to become some of the world’s largest economies. A February 2017 report by PWC suggested that China would be the world’s largest economy by 2030 followed by the USA. India was third; Indonesia was fifth, Russia sixth, Brazil number eight and Mexico ninth. The UK was 10th. With greater economic power comes greater political leverage and these growing economic markets will not accept the world order as it is, particularly those with an expanding military capability.
US politics continues to captivate the world’s attention, with Trumpism a symbol of contradictory times. ‘America First’ is a clear statement of intent with a desire to grow the economy, create US jobs, and invest in infrastructure. Recent tax measures seem to point the way as to the direction of travel. This fiscal priming of the pump and its consequences may yet come into conflict with two of the Fed’s stated goals: stable prices and moderate long-term interest rates. A joined up economic strategy that has the world’s confidence will be a test for the administration that is barely one year in power. Events such as mid-term elections, conflict with Congress (which has led to a government shut-down), as well as the continued investigations into the 2016 elections and alleged Russian involvement will generate headlines well into 2018 as will the president’s Twitter account! ‘America First’ foreign policy is yet to decide whether this is a call for the USA to become more isolationist (e.g. withdrawal from foreign trade agreements or building a wall at the Mexican border) or more involved on the world stage (e.g. Korean Peninsula or the Middle East). Trump’s strategy is still to be clearly defined and this uncertainty from the world’s pre-eminent power impacts all corners of the globe.
Europe is showing encouraging signs of economic growth but the economic gain is perhaps offset by the world’s largest trading block seeking to focus inwardly. Brexit, political and social fragmentation, migration and the rise of extreme politics will continue to dominate the European 2018 conversation.
Technological innovation and the desire to improve the environment will also feature strongly in 2018. Progress will be made with AI, space travel, automated vehicles, and gene therapy but these will continue to be work-in- progress. Conversely there will be increasingly sophisticated cyber attacks. One exciting area will be the continued development of renewable energy, driven by price advantages and technological innovation. The graph below shows the economic upside when comparing different sources of energy. Symbolically, the impact of this was clearly seen in the UK on Friday 21 April 2017 - the first day of non-coal based power supply since the start of the Industrial Revolution. Bitcoin is also symptomatic of a paradoxical world where people seemingly become very rich, very quickly. However, some who have tried to convert their earnings into cash have met resistance from banks and regulators. 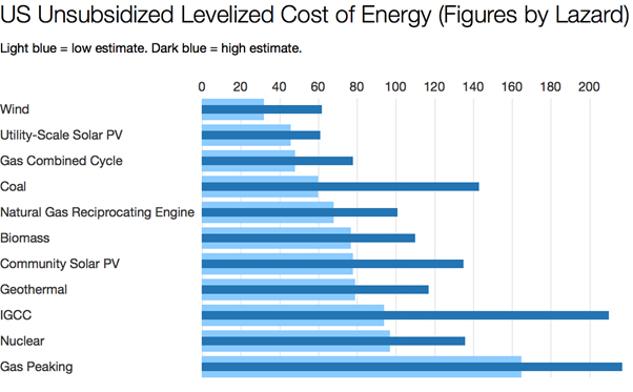 “Looking back isn’t going to help you. Moving forward is the thing you have to do.”
McKayla Maroney

Overall, the political and societal landscape promises much activity with some volatility. To what extent political challenges will impinge on 2018’s economic promise is yet to be seen. Many economists are expecting little impact, meaning 2018 is set to be a genuine Year of the Dog; one of wealth and action
Copyright © 2018 Credit Insurance News. All rights reserved.
All news stories on Credit Insurance News' website are included with the prior permission of the copyright holder. Reproduction or redistribution in whole or in part, in any manner, without the express prior written consent of the copyright holder, is a violation of copyright law. If you, or your organisation wish to redistribute, republish or link-to all or any part of any Credit Insurance News Digest, you must first contact the copyright holder direct or email sally.brown@creditinsurancenews.co.uk for further information.