About this month's Sponsor: SCHUMANN 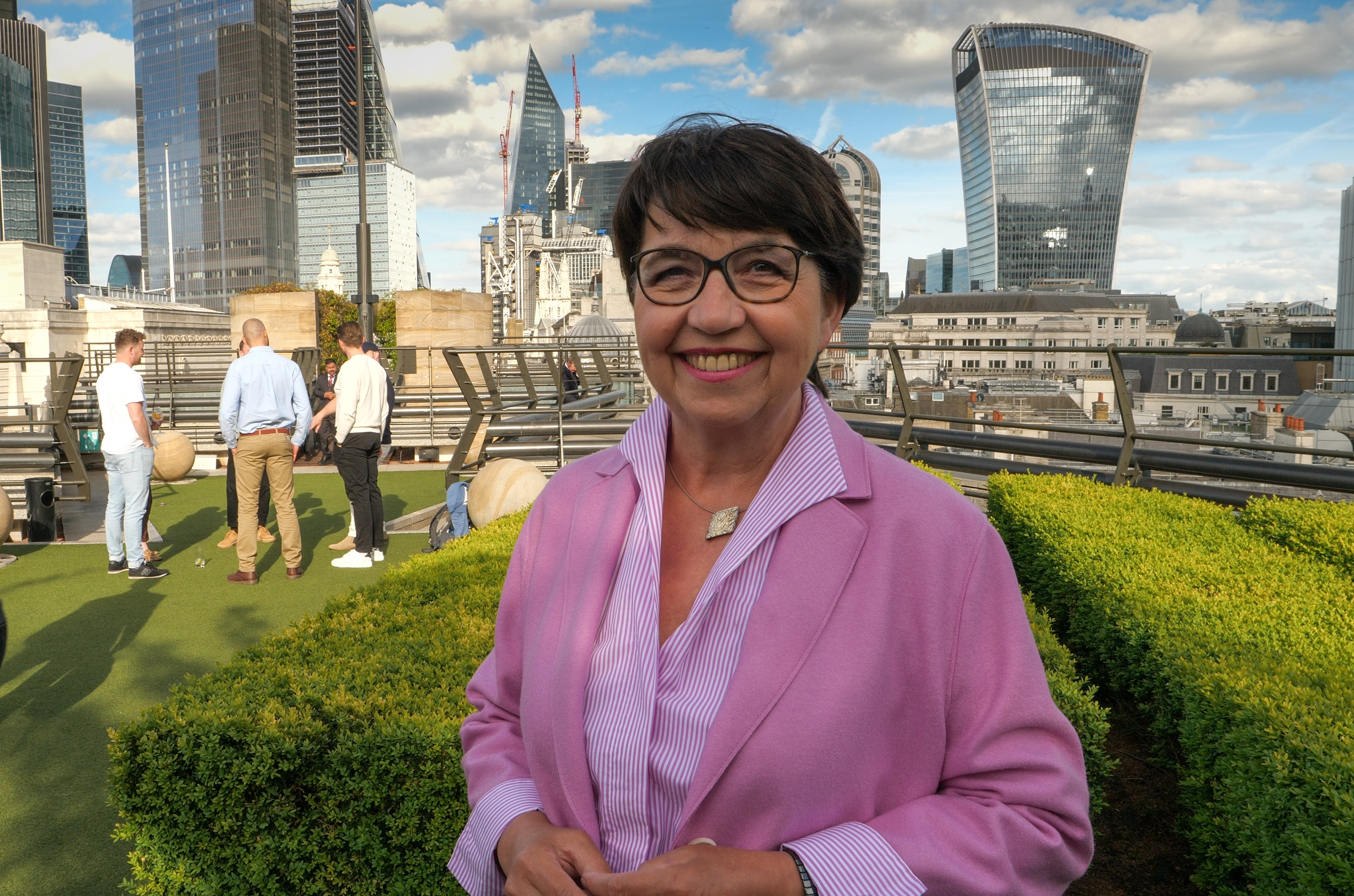 Jump to Top
New Appointments
Markel International has appointed James Guardino as trade credit and political risk underwriter, based in Singapore. James previously worked as a Credit and Political Risk Insurance Broker at The Texel Group.
Marsh has announced the appointment of Rob Perry as Global Political Risk & Structured Credit Leader, Marsh Specialty. Rob is currently Asia Credit Specialties Leader, a position he has held since 2019. He will be based in London.
AIG has appointed Jay LeClaire as Head of Trade Credit, Northeast and Southeast Zones, based in New York. Jay joins AIG from Allianz Trade, where he most recently had the role of Region Director, Americas Region.
Nexus Underwriting has appointed Stefan Westendorp as Senior Sales Manager, based in Netherlands. Stefan previously worked as a Sales Manager for Atradius.
Amynta Trade Credit Solutions has announced Harpreet Mann as President of Amynta Trade Credit. Harpreet most recently served as Head of Credit and Surety, North America at QBE Insurance. She will be joined by Matthew Herzog, Executive Vice President, who most recently served as Vice President and Underwriting Manager for QBE Trade Credit in North America. Donna Messick also joins the team as Senior Vice President from her most recent role leading QBE’s Trade Credit North America Claims team.
Allianz Trade North America has promoted Stephen Georgetti to Director of Risk Underwriting. Stephen was formerly Director of Information and Credit Risk Assessment. He is based in Owings Mills, Maryland.
Thomas Carroll has announced that Linda Evans has joined its Trade Credit & Surety team as an Account Manager. Before joining Thomas Carroll, Linda had worked for Atradius for twenty years in various roles, most recently as a Business Development Manager.
QBE has appointed Leroy Hobson as Surety Manager. Leroy joins QBE from Zurich Insurance, where he worked as Head of Surety for just over ten years.
Bridge Insurance Brokers has appointed Nicola Salmon and Richard Miller as Trade Credit & Surety Client Directors, based in London. Both Nikki and Richard join from Arden Insurance Broker where Nikki was Client Director and Richard was Head of Trade Credit, Political Risk & Surety. In addition, Andrew Berry has been appointed as a Credit Insurance Specialist, based in the Manchester office. Andrew joins Bridge from Euler Hermes (now Allianz Trade).
Aon has announced several global appointments.
Jump to Top
Events & Professional Development
TXF Global 2022: Export, Agency & Project Finance
HYBRID EVENT: LISBON & ONLINE, 7-8 June 2022. Lisbon, Portugal.
TXF Global Export is back for 2022 and this time, *drumroll*... we’re taking the global export roadshow to Lisbon!
Join us on the 7th & 8th June 2022 for another unmissable hybrid event. Deal makers from across the globe are already lining up to save their spot. Topics up for debate include:
Two types of participation are available for TXF hybrid events:
Two types of participation are available for TXF hybrid events:1. Physical Event Ticket
2. Virtual Ticket/ On-Demand (Available TXF events 365 Members Only)
From the comfort of your desk watch all sessions live or on-demand as well as use our ‘Search the Guest List’ feature to reach out to other virtual attendees and those joining the physical event in-person.
To find out more about joining virtually as part of a TXF Membership, please email membership@txfmedia.com. email membership@txfmedia.com.
For more information go to https://www.txfnews.com/Events/Event/249/TXF-Global-2022-Export-Agency-Project-Finance.
GTR West Africa 2022, 9-10 June. Lagos, Nigeria.
On June 9-10, market-leading experts from a range of key economic sectors will reflect on the latest developments impacting trade at GTR West Africa 2022 in Lagos, Nigeria.
Focused discussion themes will explore innovative solutions promoting development throughout the trade value chain in areas such as infrastructure development, investment opportunities, commodity trade finance, manufacturing, agribusiness and trade digitisation.
For corporates and trade financiers looking to make their next move, GTR West Africa provides the ideal platform to hear cutting-edge perspectives from a wide range of trade and export finance experts while offering the opportunity to network with the industry’s top players.
We look forward to returning!
For more information and to register go to https://www.gtreview.com/events/africa/gtr-west-africa-2022-lagos/#tab_overview.
Credit Insurance News readers can claim a 15% discount using the code CIN15.
Tokio Marine Risk Seminar Series. 16 June, London.
The Tokio Marine HCC (TMHCC) Trade Credit team are hosting the last event in the 2022 Risk Seminar Series.
The seminar aims to inform and educate brokers about the key Trade Credit risks emerging across various trade sectors, including Construction, Engineering & Metals, Retail and more.
The last event of the series will be in London on Thursday 16 June focusing on Food & Drink, Retail, and Media & Advertising trade sectors. If you would like to attend please contact Marion Clifford (mclifford@tmhcc.com).

GTR East Africa. 21-22 June, Nairobi.
For over a decade, GTR East Africa has brought together leading commodity producers and traders, manufacturers, trade finance specialists, risk management experts, and trade tech innovators, providing unrivalled insight on this exciting region.
Set to return to Nairobi as an in-person gathering on June 21-22, 2022, the conference will deliver a cutting edge agenda highlighting the key issues impacting the region’s trade, commodity and infrastructure financing markets, from hard currency liquidity challenges to a rapidly evolving geopolitical landscape and the opportunity to enhance the trade sector’s role in sustainable economic development.
Supported by a host of industry leading companies including local banks, financers, investors, ECAs, insurers and more, this event is an unmissable date for anyone seeking expert insight on doing business across the region.
For more information and to register go to https://www.gtreview.com/events/africa/gtr-east-africa-2022-nairobi/?utm_source=outlook&utm_medium=email%20signature#tab_overview.
Credit Insurance News readers can claim a 15% discount using the code CIN15.
Professional Development
STECIS, the Trade Credit Insurance & Surety Academy endorsed by ICISA, offers a range of webinars and classroom training courses.
The webinars on Trade Credit Insurance and Surety are organised multiple times per year: the next webinar on Trade Credit Insurance is on Innovation and Digitalisation in Trade Credit Insurance and Surety: this webinar will take place on the 15th of June 2022.
The classroom training courses are scheduled to take place in September 2022 on the following dates:
All classroom courses will take place in the Steigenberger Airport hotel close to Schiphol Airport/Amsterdam the Netherlands. The courses include the lunches and a dinner at the end of the first training day.
The courses are hosted by seasoned expert from the industry and there is enough opportunity for posing questions, discussions and networking.
Also there is the possibility to arrange an inhouse training: then there will be created a tailor made outline for your staff on basis the training demand of your of your company. The training will be effected at your own offices or at a venue of choice.
Details information about the webinar and classroom training courses are available on the Stecis’ website: www.stecis.org also further information can be obtained by sending an e-mail to info@stecis.org.
Jump to Top
About this month's sponsor: SCHUMANN
At SCHUMANN we optimise the management of risk for credit, surety, political risk insurers and export credit agencies. Our software solutions and risk models are setting the future technological standards for the industry. We are an open minded and learning organisation which invests heavily in research and development, often with our partners at the University of Goettingen. We aim to stay ahead of the competition with our cutting edge technology.
We value our independence, and are happy to work with any data provider or partner of your choice. We favour long term partnerships. We invest all of our resources into our customer relationships, and as a result have never lost a customer in our 25 year history.
CAM Credit and Surety enables our customers to automate risk assessment and underwriting processes, while our artificial intelligence handles complex workflows with ease, enabling customers to remain compliant with their regulatory environment.
A SCHUMANN software solution is both future proof and the most robust on the market — it will provide decades of service and will never let you down.